Last week a part of the LIFE CB SI team visited the National Contact Point in Spain. The purpose of the visit was to exchange experiences with the implementation of the LIFE programme with our Spanish colleagues, especially since Spain is among the countries that benefit the most from LIFE programme.

The first day we visited the Spanish National Contact Point. Since the Bulgarian colleagues were visiting them at the same time, the host organized a joint study visit to the LIFE project La Mancha Wetlands: Restoration of the esparto [Lygeum spartum] grasslands and salt steppes in the region’s wetlands (LIFE10 NAT / ES / 000563), which is currently taking place at Manjavacas Lagoon Complex. The project’s beneficiaries are an NGO Fundación Global Nature and the Regional Government of Castilla-La Mancha. The purpose of the project is to restore the priority habitat the Mediterranean salt steppes (1510), which is in this area threatened by intensive farming. Besides concrete conservation actions (e.g. planting of halophilous plants, establishment of hedges and setting up fences) a number of awareness raising activities have been carried out. For long-term prevention of the negative impacts of agriculture a land at the Natura 2000 site had been purchased, which will now be protected. In addition, they encourage farmers to switch from intensive to organic farming that takes into account biodiversity and contributes to its conservation. Organic producers are included in pioneering programme, developed in 2009 by the Fundación Global Nature with the financial support of the European Agricultural Fund for Rural Development. They established a legume packing facility, promote organic products and look for buyers of organic products in the European market. Besides the LIFE project La Mancha Wetlands also their latest project LIFE Steppe Farming – Sustainable farming in SPA’s of Castilla-La Mancha for steppe birds conservation (LIFE15 NAT/ES/000734) is included in the programme. The project started 01/09/2016.

In the second part of the visit the representatives of Fundación Global Nature presented their experience with the preparation of project proposals and the implementation of LIFE projects. The NGO has been already a beneficiary at ten LIFE projects, of which two were awarded. They presented to us their last concluded project LIFE+ AgriClimateChange: Combating climate change through farming (LIFE09 ENV / ES / 000441), which was awarded as “Best of the Best” LIFE project in 2014. In the project they developed a software tool for assessing energy consumption and greenhouse gas emissions on farms in order to promote more responsible energy consumption and reduction of GHG emissions. In the end of the visit the Spanish National Contact Point presented their work and experiences with the implementation of the LIFE programme.

The next day we attended a public seminar Walking towards a European Network of AgroEcoCities, organized by the LIFE project HUERTAS LIFE KM0: Environmental recovery of peri-urban areas through the intervention in the ecosystem and ecological farming (LIFE12 ENV/ES/000919). Since the City of Zaragoza lost 90% of so-called “gardens of Zaragoza” (agricultural areas for the production of fruit and vegetables) from 2003 to 2012, the project is aiming to increase the amount of the peri-urban land used for organic farming and the number of certified organic producers. Consequently, they want to increase the supply of locally grown food and thus reduce the CO2 emissions generated by the transport of fruit and vegetables from other parts of Spain and other countries. This was achieved by creating a two-year training program on organic farming, connecting land owners with trainees (the latter got the possibility to rent the land and begin its own production), establishing the organic market, and by promoting locally grown fruit and vegetables. By increasing the number of organic producers, the project has created new green jobs. During the seminar we also visited one of the farms, which was established during the project. 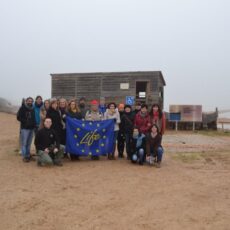 Group photo of participants of the study visit 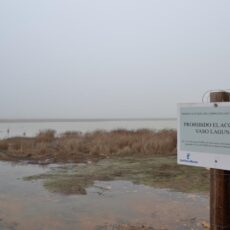 The project area is located at Manjavacas Lagoon Complex. 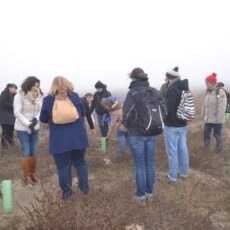 One of project actions was planting halophilous plants. 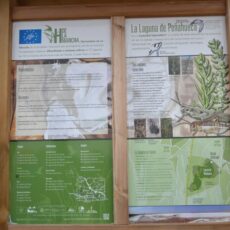 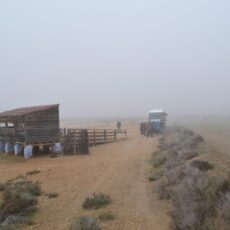 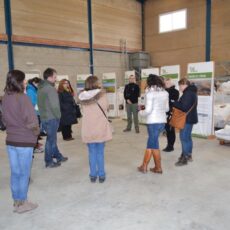 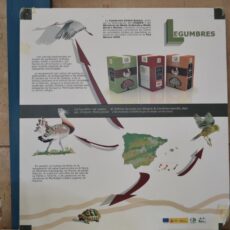 Information board of pioneer programme that supports organic farming, which takes into consideration biodiversity. 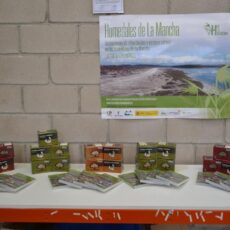 Currently they are packing organic lentis and chick peas. 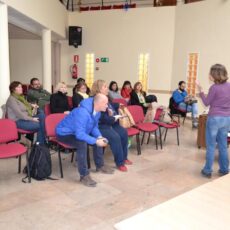 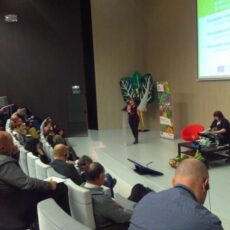 Public seminar Walking towards a European Network of AgroEcoCities. 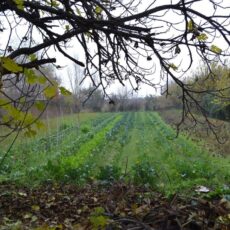 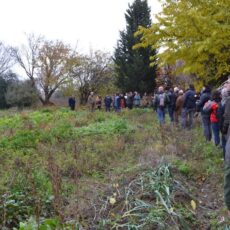 Visit to a farm, established during the project.