From March 3 to 29, 2019 you can visit an exhibition on invasive alien species in forests, set in the lobby of the Ministry of the Environment and Spatial Planning (Dunajska 48, Ljubljana). The exhibition Invasives on the move was prepared within the LIFE ARTEMIS project and is presenting alien species, how they come to us, how they spread and how to prevent their negative impact on nature, economy and human health. In addition to the exhibition, an educational film on alien species is on display. 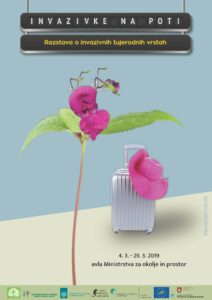 The communication project includes a number of activities to raise awareness among the various target groups on alien species, especially professional foresters, forest owners, environmentally aware adult citizens and schoolchildren aged 10-18 years. Among others the project team is performing a national awareness campaign on invasive alien species, part of which is the exhibition Invasives on the move. The exhibition was already hosted at numerous locations across Slovenia. In addition, they have prepared numerous publications, various films; have been organizing guided walks and removals of alien species. They actively involve volunteers in their activities, which are an important element in the EWRR framework. With the development of the application Invazivke, they facilitated the process of reporting findings of alien species, thus enabling faster measures to prevent their spread. You are invited to visit the exhibition and participate in the EWRR framework.

The project activities started in July 2016 and will continue till October 31.10.2020. The project, worth 1.1 million euros, is co-financed by the European Commission (LIFE programme), the Ministry of the Environment and Spatial Planning, the City of Ljubljana and the Slovenian Research Agency. 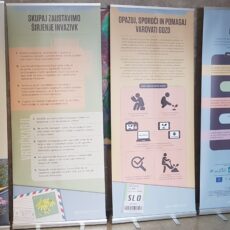 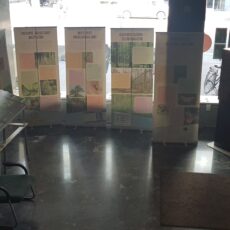 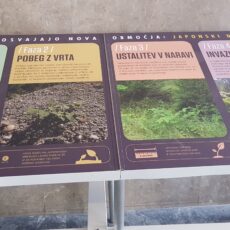 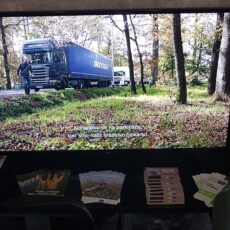 LIFE Slovenija
Published in in News on Mar 8, 2019