Background
Electrical and electronic equipment (EEE), and waste arising from these appliances, give rise to environmental impact throughout their life cycle. This is compounded by the fact that in recent years, EEE has increased in technological complexity, with new product innovations and ever shortening product life expectancy. The amount of collected obsolete household appliances, computers, mobile phones and other electronic products increases every year in the EU. To reduce the environmental impact of Waste EEE (WEEE), a high level of separate collection is essential. However, WEEE collected in Slovenia has been lagging behind the collection target set by the European Union. The beneficiary previously established, with the Ministry of the Environment and Spatial Planning, a system for the collection and further treatment and recovery of WEEE. However, there is still significant potential for increasing collection rates in Slovenia and much more effort could be put into raising awareness of this potential.

Objectives
The Slovenia WEEE campaign project aimed to raise awareness of the handling, treatment and recovery – including reuse and recycling – of WEEE across all the municipalities in Slovenia. It particularly sought to highlight the need for separate collection of WEEE in order to bring about behavioural change at products’ end-of-life. The project placed a special emphasis on households and school children. It aimed to reach at least 500 000 households. About 200 primary and secondary schools were to be targeted with didactic materials and competitions, reaching an anticipated 90 000 school children and 15 000 teachers. It was planned that the children would act as ‘ambassadors of change’ within their families and adopt a new perspective that will stay with them throughout their lives. The project website aimed to attract 3 000 new users every month. Through a comprehensive campaign, involving communication materials, open days and presentations, the project worked to raise awareness about:

Results
The project organised four main awareness campaigns: two in schools; one in the Slovenian municipalities; and one on the Internet. With the assistance of experts for WEEE, air, energy and climate change, they produced special didactic material about the importance of proper WEEE management for school children and local communities.

The project organised 24 open door days at local and regional level, mainly in cooperation with local authorities, producers of EEE, major retailers and public bodies responsible for collection and treatment of e-waste. Participants could give away their WEEE and at the same time assess the WEEE recycling processes in real time and learn about proper management of WEEE after its collection.

Two of the project’s major achievements are a promotional vehicle (“E-Transformer”) and interactive terminals, used to inform the general population and school children on how to properly handle the various kinds of electronic waste and how and where it should be disposed of. 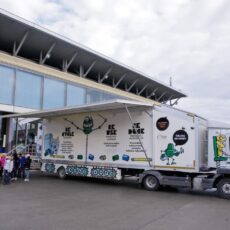 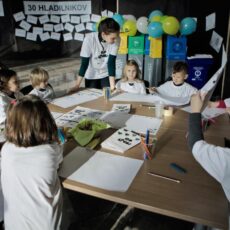 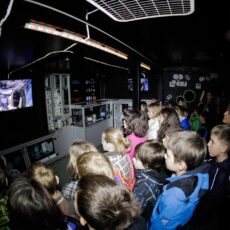 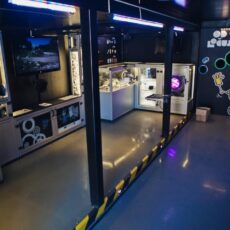 The E-Transformer is an example of excellent promotional and educational tool and it attracted a lot of attention. Its interior is designed to be a mobile exhibition explaining the proper treatment and disposal of the WEEE and about the environmental and health hazards of improper handling of the same. The E-Transformer visited 218 schools and attended several other events, including the ‘open door’ days (covering 89 municipalities). There is a lot of interest to use the vehicle for the same purpose after the end of the project, possibly even internationally. The basic idea can be easily replicated and used for similar promotional activities. The same applies for interior exhibits for promotion of proper disposal of WEEE and some other outputs of the project (interactive game Zetris for example). The Romanian project ECOTIC has expressed interest in replicating such good practices.

Interactive terminals and reused obsolete terminals: In June 2010, the project collected 267 interactive computer touch-screen terminals, which were originally designed and used for health insurance and which had become obsolete since a new, more efficient system was in operation. The project upgraded and adapting 81 of these terminals in order to support educational and interactive. Schools applied to participate in the project and received a terminal from ZEOS with instructions on how to set it up. The interactive terminals will remain in schools. They can be updated remotely and can be, apart from their present function, used by the schools for various other educational purposes. There are already some plans to use the terminals for other awareness raising campaigns – namely for separate collection of waste textiles.

During various events, organised in the framework of the project, more than 1000 tons of WEEE have been collected and subsequently recycled or properly disposed of. The school campaign proved to be very effective in collecting small WEEE, (mobile phones, luminaries and batteries), that are usually improperly disposed as unsorted municipal waste. The expected 10% increase of collected WEEE in Slovenia each year for the duration of the project was reached (increase of 8.5% and 11.7% for the first and second year were reported by the authorities). Increases of collected WEEE are expected to be at least partly connected with the project’s various awareness raising campaigns. Nevertheless, it remains difficult to quantitatively assess the role of the project in such achievements.

The media coverage of the project was very good, especially in national and regional media, mostly due to very attractive promotional vehicle. In total, the project was mentioned 862 times by various media, which was considered to be an exceptionally good result for a relatively small and short project.

The project has a significant EU added value as its outcomes can be used as a good case study for raising awareness of environmentally sound WEEE management and some of the actions can be taken as examples to prepare similar actions in other Member States.

Several lessons can be learned from the less successful parts of the project. Firstly, the designers of this type of project need to be aware that school children are much more interested in actively collecting WEEE, especially small items (batteries, luminaries, mobile phone and such) than submitting research reports, photo stories or other similar creative content about collecting WEEE.

Secondly, a lot of creative work and engagement is required to achieve better results when using social media and the Internet for promotion.

Lastly, the results and key lessons learned from this project could be very useful for policy makers, organisations and companies, interested in promoting the same or similar environmental issues. Recommendations include: