The wolf (Canis lupus) is a large-carnivore species with a historically controversial relationship with humans. The wolf is an important species listed in conservation documents such as the EU Habitat Directive and the Bern Convention. The animal is indigenous to the mosaic of natural and cultural landscapes of Slovenia.

Forests, which represent a high quality habitat for wolves, are well preserved in the country and create an excellent base for successful long-term conservation of the animal. The main conservation challenge is reconciliation of the spectrum of human activities, interests and fears with the needs of the wolf.

Goals of the SloWolf project focused on facilitating long-term conservation of wolves, their prey base and their Slovenian habitats. In particular, it aimed to take account of human attitudes towards the wolf in order to overcome any apparent conflicts through a Wolf Management Action Plan. The project planned to provide accurate scientific information on the wolf through a specific national wolf-surveillance system. Different adapted techniques – including non-invasive genetic sampling and GPS-GSM telemetry – were to be used to monitor: population size and reproductive success; habitat use and preying rate; health status; and the number and distribution of wolf packs and litters.

Three surveillance sessions would be carried out during the project and all the information was to be centralised into a publically accessible internet-based portal. This scientific information was expected to help inform the drafting of the species conservation action plan. This would be done in consultation with the range of stakeholders through facilitated workshops. The prey base of wolves was intended to be assessed along with the damage that wolves did to agricultural concerns. Prey species management guidelines were then to be drawn up.

Potential ‘hot spots’ for wolf-human conflict would be identified as well as best practices recommended for dealing with these. Four demonstration actions to protect livestock were proposed and a damage-inspection manual was to be provided.

The key activity of fostering peaceful coexistence of wolves and human activities was based on using educational material, seminars and a targeted public awareness and education campaign. The project also sought to survey attitudes of the general public, hunters and sheep farmers towards wolves and their knowledge of the species. This was expected to help both inform and evaluate the success of the project’s educational activities.

The SloWolf project outcomes clarified the status and dynamics of Slovenia’s wolf population by using a range of available methods, including innovative genetic methods. Findings indicate that the population is stable and contains between 35 and 40 wolves, despite annual culling quotas and occasional poaching.

This project showed many very innovative technologies in DNA-based identification of individual wolves. The primers used and other methodological clues will be published in scientific papers and made available for a wider scientific audience. The knowledge obtained in this project has already been used in similar projects dealing with large carnivores in Europe. The genetic tools represent state-of-the-art techniques in conservation biology of mammals in general.

Project monitoring of the wolf population provided a basic prerequisite for controlling the species’ long-term conservation status. The project developed tools for managing other important issues such as prey species management, institutional cooperation, trans-boundary cooperation, and illegal killings of wolves.

Project results also produced comprehensive data sets and other information outputs such as a wolf portal, bulletins, posters, brochures, recommendations, instructions, film and an action plan. The latter Wolf Action Plan (adopted by the government) was based on scientific knowledge about the population and its habitat. It provides a firm foundation for wolf conservation and management. The Wolf Conservation Action, that was adopted by the Slovenian Government, was developed within the project through a participative process with interested stakeholders.

Economic aspects of different farming practices with or without wolf/bear damages were analysed. These helped to demonstrate the benefits of wolf-friendly farming within the wolf range. Electric fences and shepherd dogs were proved by the project to be useful tools for preventing wolf damage on farms. During the project’s first two years, protection measures against damages in agriculture were lowered. The financial compensation for wolf attacks paid to the farmers in 2013 was €200 000 less than in the previous years, when fences were not used.

Annual national culling quotas declined during the project, reducing to zero in 2014. The public response was outstanding in terms of media coverage (144 written articles, 32 TV emissions, 361 internet articles). This helped to improve the perception of wolves by Slovenia’s media and general public.

The project’s wolf conference, held in September 2013, was also successful. It attracted 164 participants and hosted 52 lectures plus poster presentations from 22 countries.

Some 2429 volunteers were trained and participated in the project actions. These, alongside a network of hunters, can competently participate in wolf population monitoring activities.

Further information on the project can be found in the project’s layman report and After-LIFE Conservation Plan. 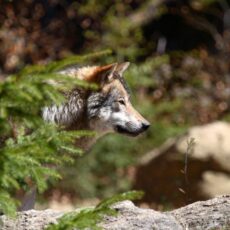 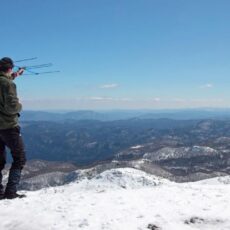 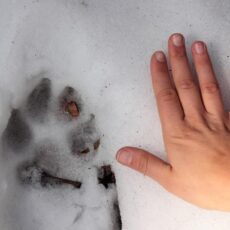 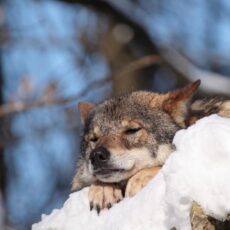